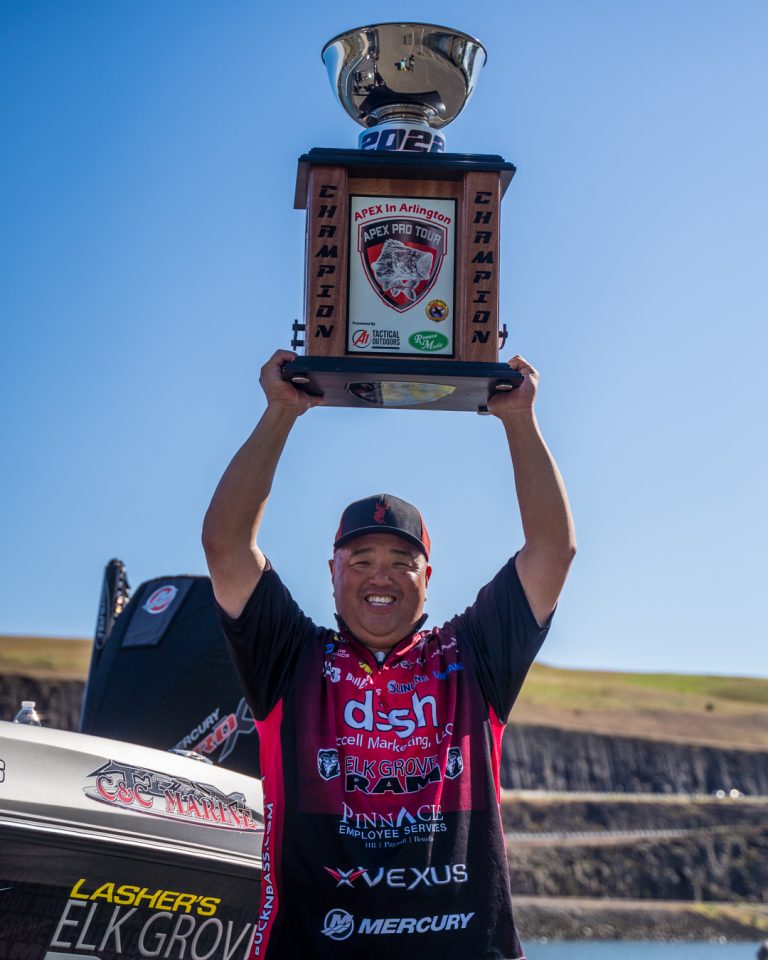 ARLINGTON, Ore. — Old Blue Eyes would’ve been proud of Ken Mah. No question, Sinatra was the better singer, but the angler from Elk Grove, Calif. tackled a new fishery with an “I’ll do it my way” attitude and won the APEX Pro Tour event on the Columbia River presented by RomanMade Japan and A1 Tactical Outdoors with 21.79 pounds.

With smallmouth bass numerically dominating this impressive Pacific Northwest fishery, Mah took a page out of the playbook he’s used for years on West Coast powerhouses like the California Delta. He got out of the current, focused on prespawn habitat and targeted big largemouth bass like the 6.81-pounder anchoring his Day-3 bag.

“I shy away from smallmouth bass, but if there are green ones (largemouth), the water’s dirty and there’s grass, that’s where I’m going,” Mah said.

Often, the story’s in the stats and this event was no exception. Simply put, in a tournament that saw only two bags over 20 pounds, when you own both of them, you’re taking that trophy home. After catching 14.59 on Day 1, Mah added 21.18 on Day 2 and ended with a final-round limit that gave him a nearly 5 1/2-pound margin of victory.

“It was a textbook Delta scenario,” Mah said. “There were times during the day when it felt like I was fishing (popular Delta area) White Slough.”

After catching his Day-2 fish on a crankbait, spinnerbait and punch rig, Mah felt like the warming afternoon was right for a topwater bite. He threw a buzzbait and a River2Sea Rover, but a Jackall Gavacho in gold gill color yielded four big bites in 15 minutes. Catching two of them — one in the 5-pound class and one around 6 — Mah knew he was onto something special.

“I was working the frog in a slow, deliberate pattern,” he said. “The key on Day 3, was walking the frog farther off the bank than normal.”

On Championship Sunday, Mah caught four of his keepers on the frog and added a 3 3/4-pounder on a SPRO Rock Crawler 55 in red craw.

Mah’s game plan was intentionally predicated on quality over quantity. While others caught significantly greater numbers of scorable bass — including sixth-place Christian Ostrander’s phenomenal Day-2 total of 122 — Mah was content to work a program of intimate familiarity.

“I’ve had five total days on this body of water, but to sit here as the champ — to put the puzzle together — it’s humbling,” Mah said.

Scott Hellesen of Pasa Robles, Calif. finished second with 16.33. Committing his three days to the Boardman area, upriver from takeoff, Hellesen quickly identified the key scenario he needed for a successful event.

“It was an awesome three days; this is an incredible fishery,” Hellesen said. “I ended up finding a wing dam with some current pushing on it and a little break behind it with some boulders. I sat there for three days.”

For the first two days, Hellesen caught his fish on a 3.3 Keitech Swing Impact Fat on a 1/4-ounce ball head. Day 3 saw him catch all of his fish on a Strike King 3XD in a red craw color.

Thomas Kanemoto of Elk Grove, Calif. finished third with 16 pounds. His final day began slowly, but a bold decision allowed him to turn things around a finish strong.

“The last two days, I caught a ton of fish and I only fished two of the 500 spots I had marked,” Kanemoto said. “I caught 65 scorable bass those first two days. Today, I went back to where I’d caught those fish but I couldn’t catch any big ones — I caught all small ones.

“About 10:30, I had five for, like, 8-9 pounds, so I decided to make the run all the way to Boardman and fish all new water. I’d never been up there, but I found some key spots. There was a lot of current today and, with it ripping around those shoals, those fish were posted up right on those edges.”

Kanemoto caught his fish on a 3.8 Keitech Swing Impact Fat, a jerkbait and a Lucky Craft Moonsault CB250.

After two days of full-field competition, the top-10 anglers advanced to Sunday’s Championship round. The final field comprised the top-5 anglers with the Most Scorable Bass and the top-5 anglers with the highest Total Weight. Total days weight and keeper count from days 1 and 2 are accumulated. In the final round, weights and keeper count were zeroed. 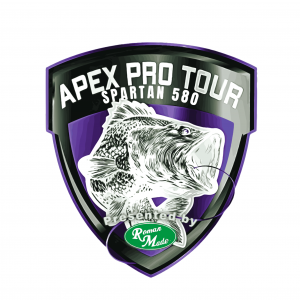