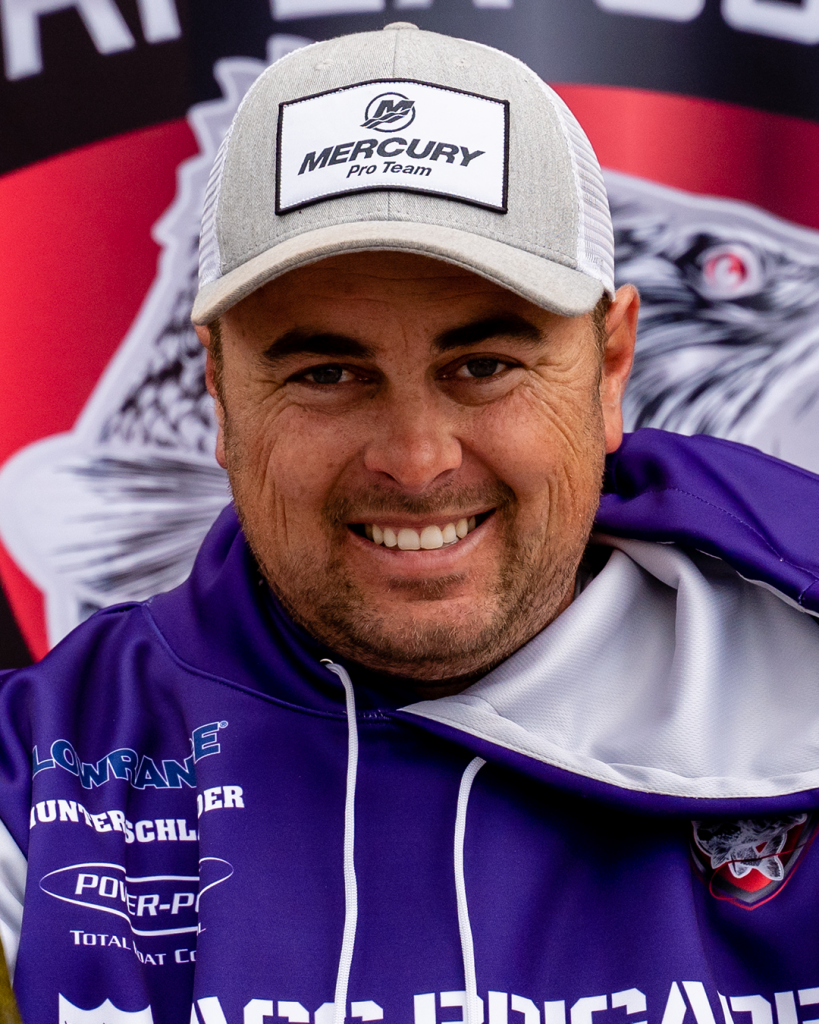 I have a family and am a hard-working almond farmer. I’m just trying to grow as a person and in my fishing career to see where it is going to take me. I have a lot of drive and want to achieve as much as I can in a short
period of time. I have a lot of respect for what the older anglers have done, and I look up to them. As a young angler, I am trying to make something of myself. APEX has a lot going on and a lot of exciting things to offer. It’s not just another tournament. It is a different platform that the West hasn’t seen before. There are a lot of good anglers that have qualified. A lot of guys that could probably fish all over the world and have a good shot at winning big tournaments and I look forward to competing against them.

Hunter’s fishing life began on a small pond, near Tulloch
Lake, when he was about seven-years-old. Later his father bought him a small boat and they joined a bass club. They then moved up to a 20-footer, when he was 17, and that sent Hunter to his first Pro/Am, a year later. A top-five finish in
his inaugural competition set his tournament life in motion.

Frogging is Hunter’s top technique and Spro frogs are his first pick to tie on. He prefers to throw topwater and target grass. His go-to’s presentations are ChatterBaits, frogs, buzzbaits and punch rigs.