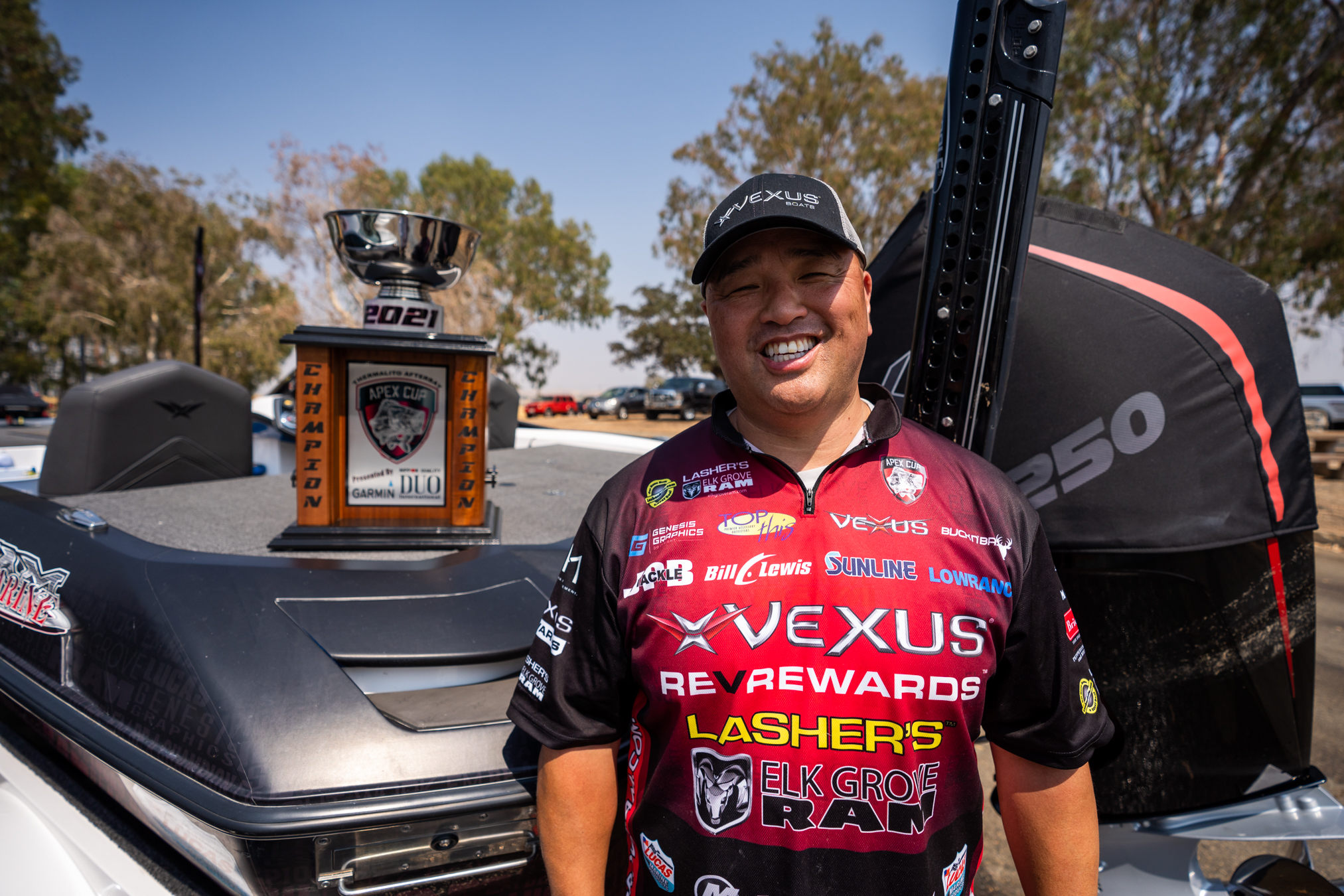 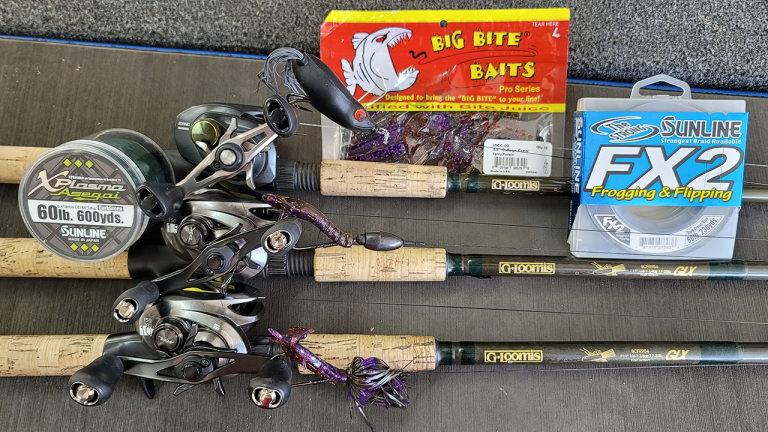 Difference Maker: Mah attributed his success to dedication, dialing in the correct cover to punch and upsizing from a 1 1/4-ounce tungsten weight to a 1 1/2- and a 1 3/4-ounce weight. He made this adjustment in an effort to trigger reaction bites from otherwise non-aggressive fish. 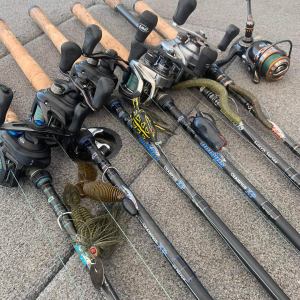 2. Austin Wilson, who won the inaugural APEX Cup event on Lake Almanor, caught his fish on a 3/8-ounce green pumpkin Zman ChatterBait JackHammer with a Jackall straight tail trailer, a Spro Bronzeye frog, a Spro Bronzeye Popping Frog and a punch rig with a Missile Baits D-Bomb and a 1-ounce Wicked Weights sinker.

Difference Maker: Wilson fished the same general area every day but pushing deeper into the pocket on Day 3 and finding fish on spots with rock and grass gave him the right formula. 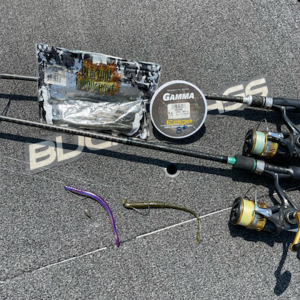 3. Day-1 leader Greg Gutierrez caught his third-place bag on a 3/16-ounce Frenzy Nail with a 6.95-inch Reaction Innovations Flirt Worm in green pumpkin magic and a dropshot with a 6-inch Roboworm in the margarita mutilator and ox blood colors.

Difference Maker: Gutierrez relied on his Torch Eyewear sunglasses to visually locate the sweet spots along the riprap. For his dropshot, he used a 3/16-ounce Woo Tungsten weight around the rocks and a 3/8-ounce in grass. 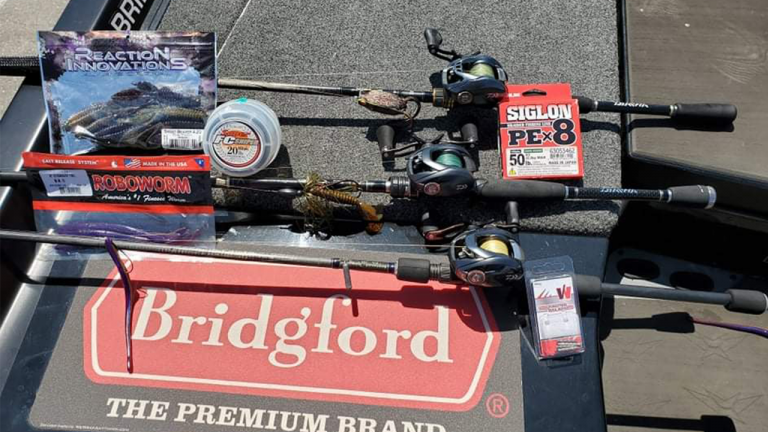 4. Joe Uribe Jr. got a quick start to his fourth place catch by nabbing a pair of 3-pounders in a 10-minute period. Both bit a dropshot with a 6-inch margarita mutilator Roboworm on a 2/0 Roboworm rebarb hook with a 5/16-ounce Voss Powershot weight. He added another keeper on a brown Booyah Popping Pad Crasher frog and caught his final keeper on a Neko-rigged 4.5-inch Reaction Innovation Flirt Worm with a 5/64-ounce Voss tungsten nail weight.

Difference Maker: Realizing that his fish were not under mats early, Uribe started panning around with his Garmin Livescope to find grass line breaks. Pitching right to the edges in 6-7 ft proved productive. 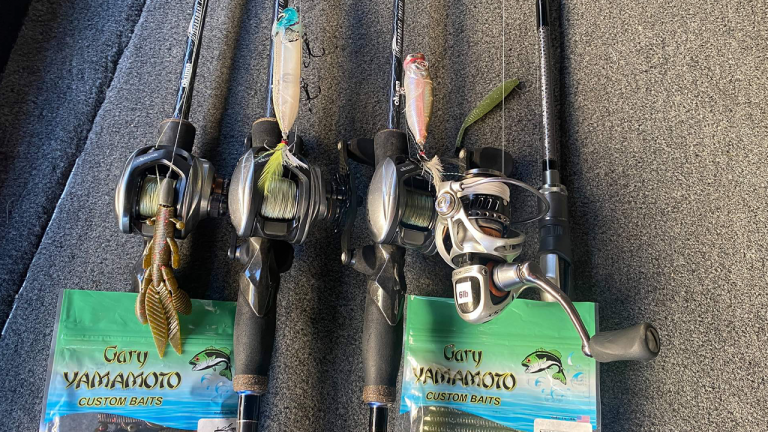 5. Mark Lassagne secured his final-round limit by fishing a dropshot with a Yamamoto Shad Shape Worm in the baby bass color alongside the tules. After that, he upgraded a few times with a Zara Spook.

Difference Maker: Observing a lot of juvenile bass in his area, Lassagne marked the tails of his dropshot baits black to match the natural coloration of these young fish. 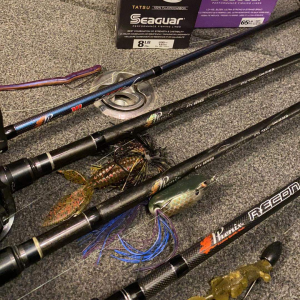 6. Juan Acosta caught most of his fish on a Spro Bronzeye Frog in the killer gill color. He also added keepers by dropshotting a 6-inch Roboworm in the margarita mutilator color.

Difference Maker: Acosta found that his 7-3 Phenix Featherlight rod was the ideal combination of minimal weight with sufficient strength for separating frog fish from cover. 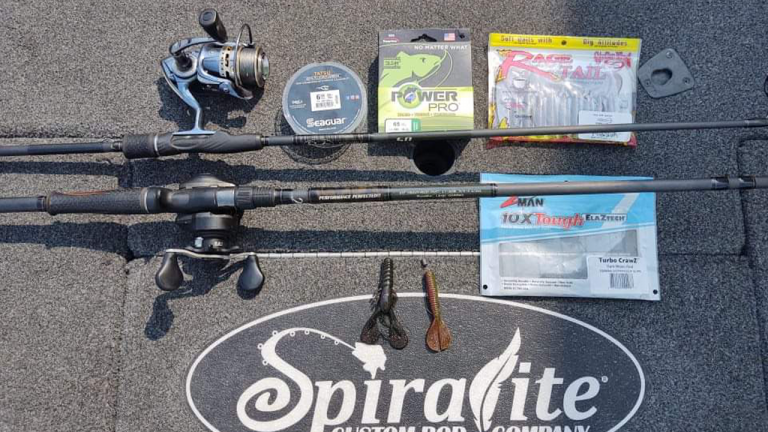 7. Nick Wood spent most of his time flipping a craw color Strike King Baby Menace in the Falcon Lake craw color with a 1/32-ounce tungsten bullet weight, but he also punched a ZMan Turbo Craw in dark melon red with a 1 1/4-ounce weight.

Difference Maker: Wood said the light weight and 6-pound Seaguar fluorocarbon were essential to working his bait along the riprap without sinking down into crevices and becoming entangled. 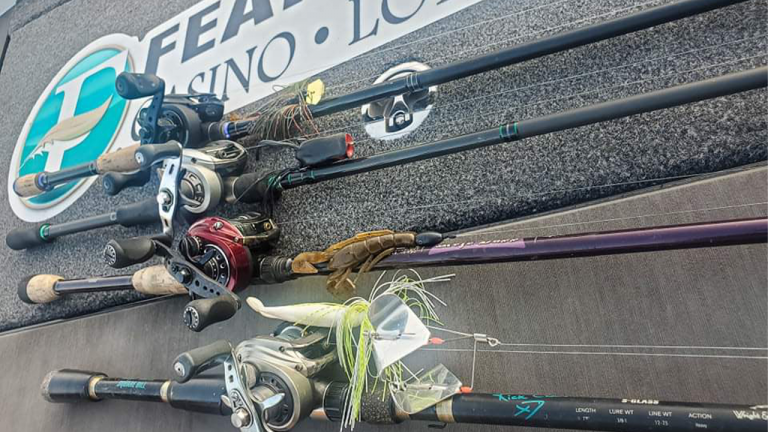 Difference Maker: Noting that he junk fished his way through familiar areas, Klein said his 65-pound Power Pro moss green braid was essential for punching deep into the tules. 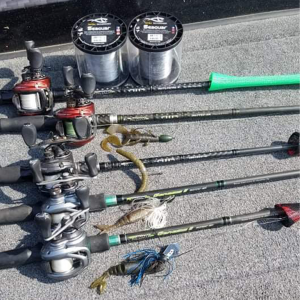 9. Bill O’Shinn caught most of his fish by flipping a Yamamoto Cowboy and a Reaction Innovations Kinky Beaver (both green pumpkin) with 1- and a 1 1/2-ounce weights. He also threw a 1/2-ounce white ZMan ChatterBait JackHammer with a shad color Yamamoto Zako trailer.

Difference Maker: When he realized that lower water temperature had pushed the fish into the tules, O’Shinn fared best by positioning his boat right against the cover and fishing close. 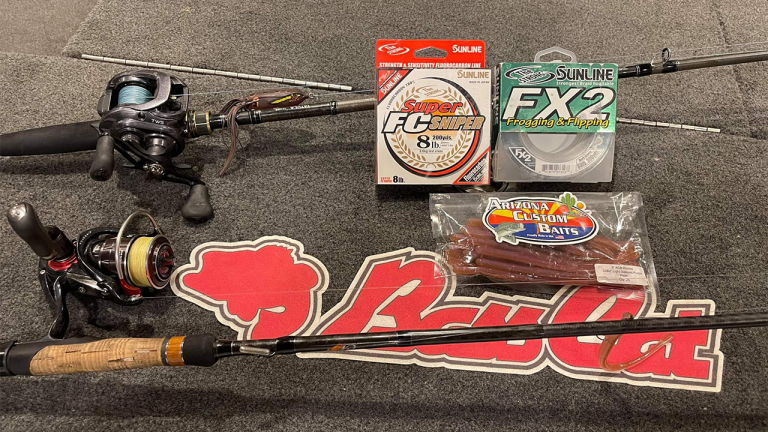 10. John Stewart relied on a white Spro Bronzeye Frog and a dropshot comprising an Arizona Custom Baits 6-inch worm in the ox blood color, a No. 1 Roboworm rebarb hook and a 3/16-ounce tungsten weight.

Difference Maker: Stewart fished his dropshot on a 7-6 medium Phenix MBX dropshot rod, which provided the leverage he needed to get fish out of isolated grass clumps in 8-12 feet. Also helpful was downsizing to 6-pound Sunline Sniper fluorocarbon leader to deal with the high water clarity. 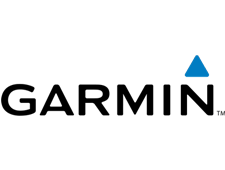