Karshner is originally from Riverdale, California. Resides in Meridian, Idaho with his wife Vicki and two kids Luke and Julia. When I’m not catching bass, my business consists of digital marketing, networking, hosting and speaking at events.

Karshner has been fishing his entire life beginning around Lake Success in Porterville, CA. In 1988 he fished his first organized bass tournament. Since that time, he has fished at every level from clubs, teams, Pro/Am’s reaching a pinnacle of qualifying for the BASS Master Championship at the Alabama River.

His lifelong passion for the sport and community of bass fishing still burns today. When he was contacted about the potential of becoming emcee for the APEX Pro Tour, he was literally speechless. “I see this is a dream job/opportunity. Getting to immerse myself in the people and sport I love so much is very exciting. I’m looking forward to getting to know all of the anglers and serving the Wild West Bass organization.”

END_OF_DOCUMENT_TOKEN_TO_BE_REPLACED 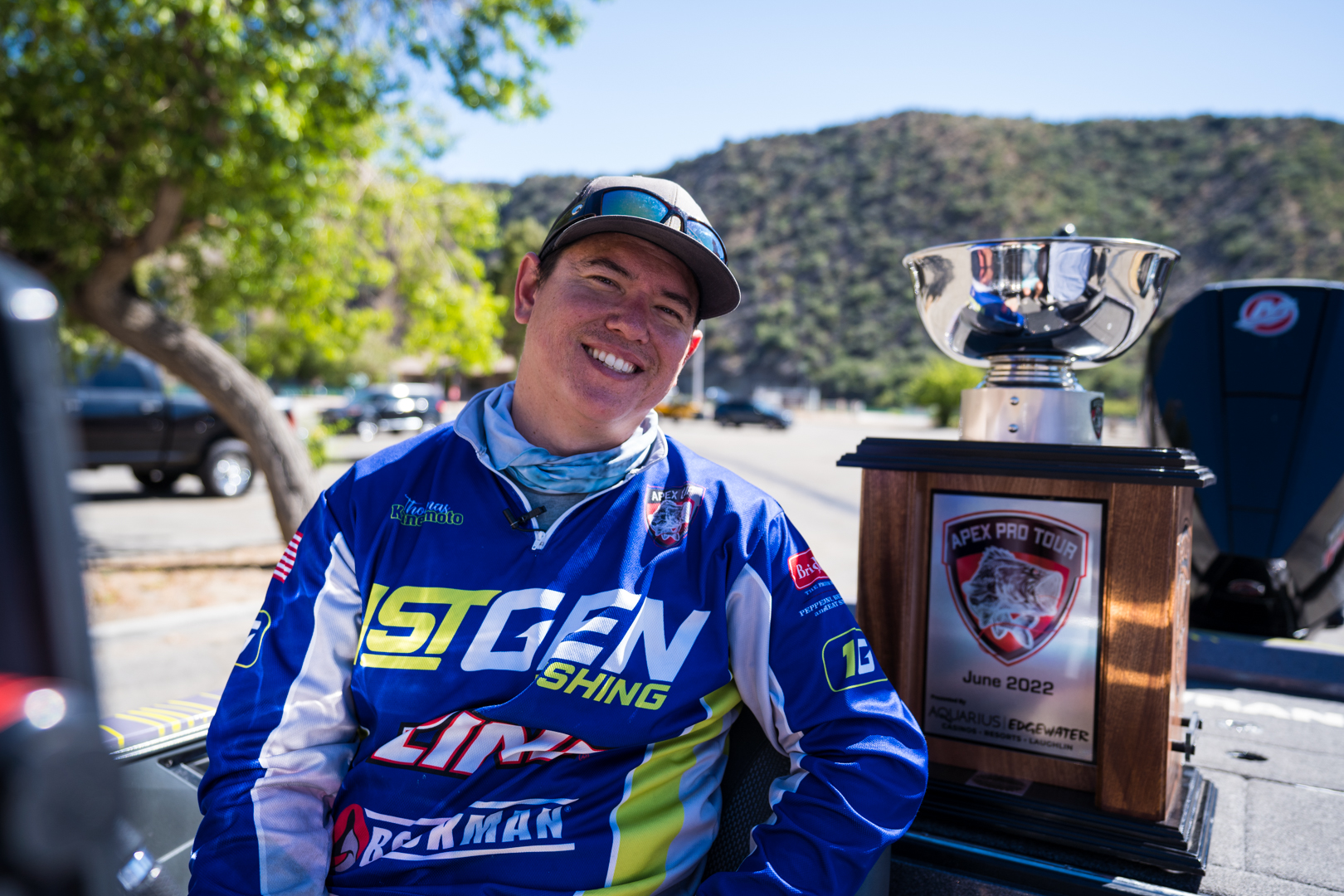 By David A. Brown LEBECs, Calif. — Despite a lengthy distraction, Thomas Kanemoto of Elk Grove,...