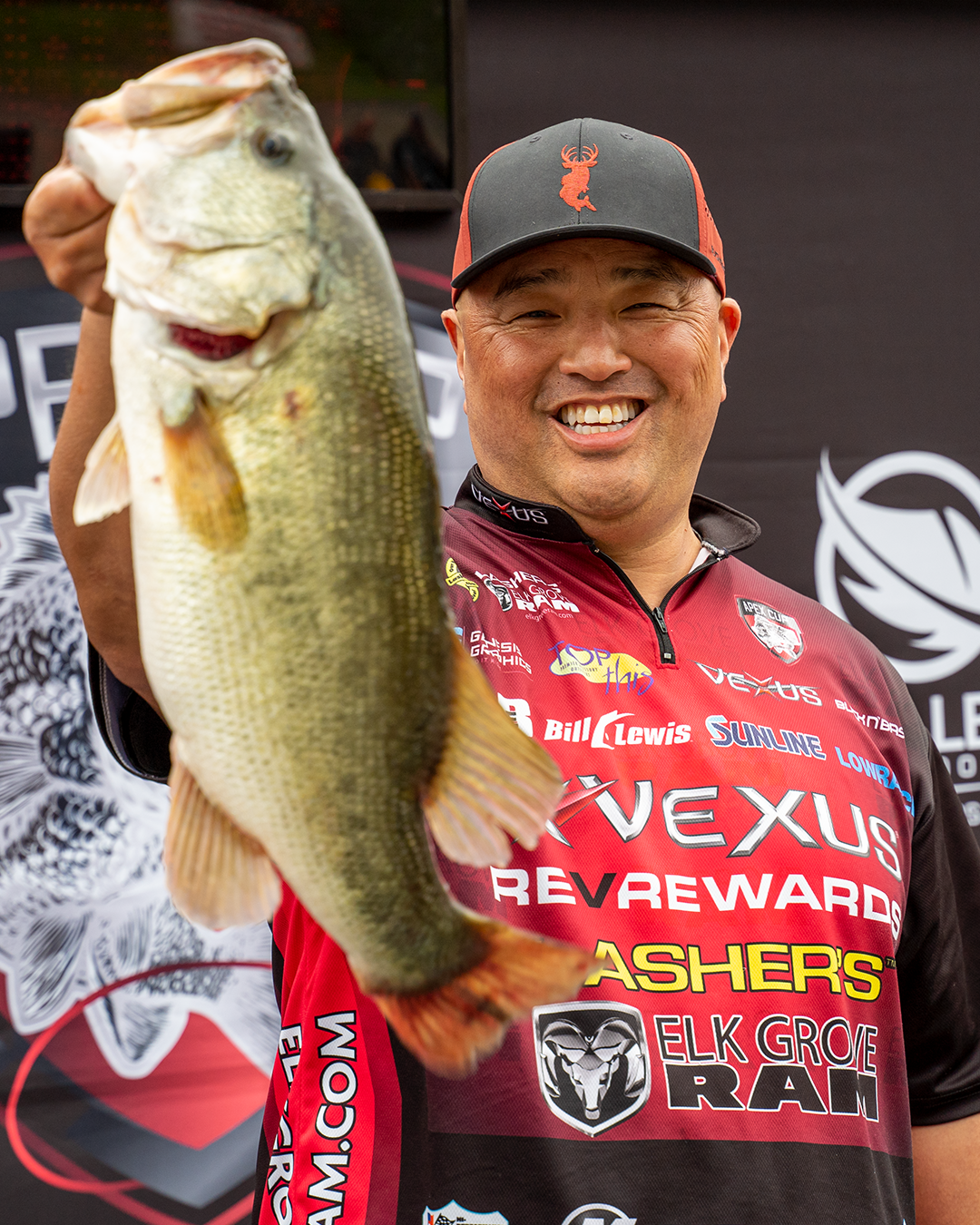 “I have three (WWBT/APEX) wins on three different bodies of water and that is very special to me,” said Mah, who also won the won the APEX Cup on Thermalito Afterbay presented by Garmin Fish & Hunt and DUO International in late August. “That gives me validation that I don’t just catch them in one place.”

Mah led Day 1 of the Apex Cup Pro Tour Championship, originally scheduled for October 22-24 on the California Delta. Due to the third day’s severe weather outlook, the championship round was rescheduled and a new venue was selected.

(The final round fielded nine competitors. The tenth qualifier, Joe Uribe Jr. of Surprise, Ariz. was unable to compete due to medical reasons.)

“Winning at the Delta, my home body of water, that one checked some life goals, but this one is just crazy,” Mah said of his Berryessa win. “Having to qualify on a different body of water, getting notified yesterday at 4 p.m. that we had to be here at 5.30 a.m. to a completely different fishery — it’s unbelievable.”

“I’ve now won major events at Lake Shasta, Oroville, Clear Lake, the Afterbay, the Delta and now, Berryessa. To be able to go to various venues on short notice, break down the lake and win is a tremendous confidence booster.”

Mah said he’d fished Berryessa 10 times prior, but always in the springtime. Fishing a fall event when the water is low fit right into his wheelhouse, so he focused on a familiar scenario. Mah started near the ramp with a big glide bait, but when that didn’t produce, he worked uplake and located a rocky ridge with grass.

Having caught his first scorable fish on a vibrating jig and running pockets in The Narrows region with a Jackall TN70 lipless bait in ghost minnow, Mah was stuck on three fish until late morning. Fortunately, an afternoon flurry delivered what he needed.

“About noon, I got further up on the north end and that mixture of grass, water color and rock all came together,” he said. “What was really key, was the conditions got right for about an hour and a half. We got a south breeze, the sun was high and the fish got active.”

“I ended up catching seven scorable fish and my third or fourth fish was an 8.20-pounder on a 1/2-ounce custom vibrating jig with a green pumpkin red flake Big Bite Baits Swimon trailer. At that point, I thought ‘If I catch a 4-pounder, I’m going to be able to make a run at this.”

About 10 minutes later, Mah got his 4-pound wish and suddenly, the day took on a very different complexion.

At that point, Mah still had two small keepers in his well and about 16 pounds. In the next 15 minutes, he’d make two key culls to put the game out of reach and close the book on the most incredible season of his career.

Essential to his success, Mah said, was the strength and dependability of his Sunline PEx 8 braid with 8 feet of 20-pound Sunline Assassin fluorocarbon leader (vibe jig) and 16-pound Sunline Crank FC (lipless)

Day-2 leader Austin Wilson of Citrus Heights, Calif. finished second with 15.11. Bringing several years of Berryessa experience into this event, Wilson said he had approximately  30 spots identified, but on his second stop, he found a school of fish that kept him busy.

“I fish east side in the Vineyards area and got in the back of a pocket,” Wilson said. “I don’t have forward-facing sonar, so I couldn’t see the grass. I’d fan cast a Lucky Craft LV 500 (lipless bait) around until I found the edge of the grass and then I’d yo-yo the bait on the outside edge.

“When I stopped getting bites that way, I’d throw a 1/4-ounce Wicked Weights Wicked Willow weedless underspin with a 4-inch Keitech EZ shiner in a shad color. I caught 22 scorable fish today and probably 90 percent came on the LV 500.”

Wilson, who won the inaugural APEX Cup event on Lake Almanor in April, won the Angler of the Year title. Competing against a field of competitors running high-end boats with the latest electronics, Wilson competes in a 1991 481 Comanche with minimal accessories.

“It feels pretty good, especially to have this caliber of guys who compete,” Wilson said. “These guys fish a lot and they’re really good, so to be able to go out in my old boat and win AOY feels good.”

“The grass grows out to about 12-14 feet, so I was trying to target that edge and just into the grass where it wasn’t so thick,” Pearl said. “I threw a 3/4-ounce Damiki Ax Blade tail spinner some, but I caught every one of my fish on a Lucky Craft LV 500.

“I was yo-yoing the bait and ripping it through the grass. The fish were super aggressive. Every one I caught, the bait was gone; it was deep in their mouth.”

Pearl said his bite stretched throughout the day. He quickly identified three coves with grass and rotated among them. When the grass bite would slow, he’d run a few points to allow the fish time to reset, then he’d return to the grass and start catching fish once more.