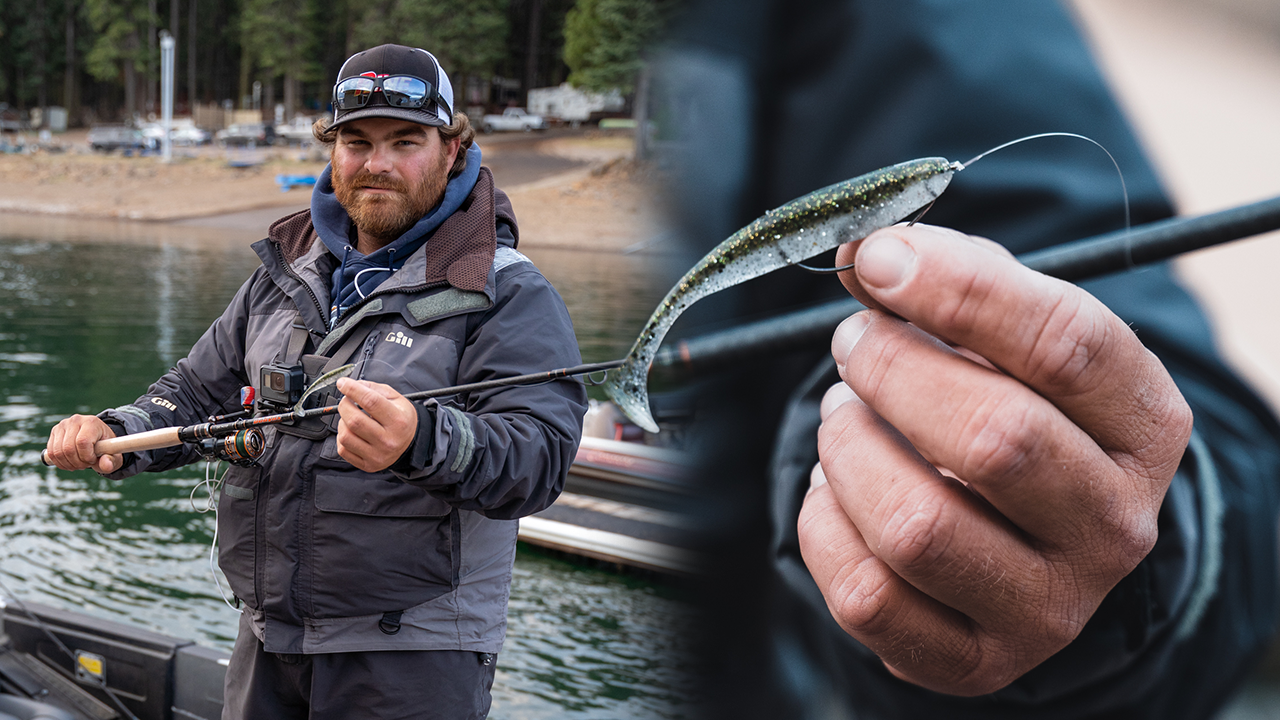 1. Tournament winner Austin Wilson caught his fish on a 4-inch Keitech Easy Shiner in the silver flash minnow color. He fished his bait on a 2/0 Gamakatsu finesse EWG hook with a treble stinger. Adding half a nail weigh in the belly gave the bait an enticing action. 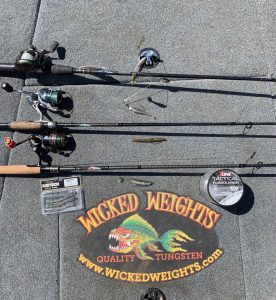 2. Nick Salvucci caught the second-place bag by deflecting off rocks with a Spro Rock Crawler in the phantom brown color. 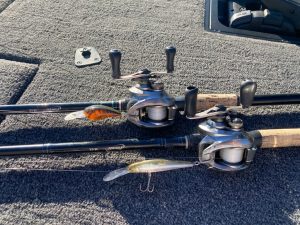 3. After leading the Overall Weight standings for two days, Nick Wood had to adjust for the Day-3 weather. He caught his third-place bag on a Ned rig comprising a 3/16-ounce Z-Man Finesse ShroomZ and a green pumpkin 2.75-inch Z-man Finesse TRD. 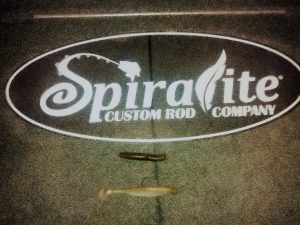 Difference Maker: Slinging an A-rig all day is no easy task, but Huckaby found his 7-7 heavy Phenix Feather Series rod provided the strength he needed for long casts and effective presentations. 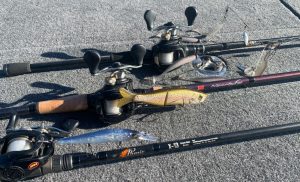 Difference Maker: Fighting fish on treble hooks can be the recipe for heartache, but Pearl found the parabolic action of his Douglas DXC 766 rod provided the right balance of strength and flexibility. 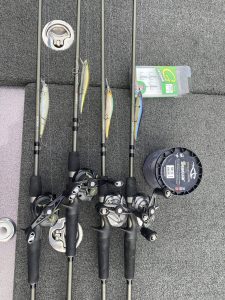 6. Ken Mah turned in a sixth-place finish by catching fish on a Lucky Craft Pointer 78XD in ghost minnow, a Spro Rock Crawler in phantom craw and a Big Bite Tour Swimmer in a shad color on a 3/8-ounce football head.

Difference Maker: Noting that his Sunline fluorocarbon provided consistent strength and durability, Mah stressed the importance of maintaining a strategic mindset. His areas were getting a lot of attention, so he just stuck it out and looked for presentations that no one else was making.

7. Paul Hodges committed his day to bed fishing in 2-3 feet of water. Working a flat near the dam, he caught all of his fish on a Pro Swimbaits Bluegill Paddle Tail rigged on a 3/16-ounce ball head jig. 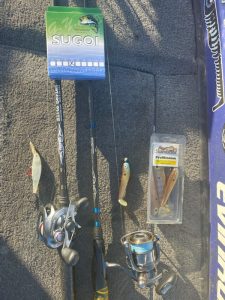 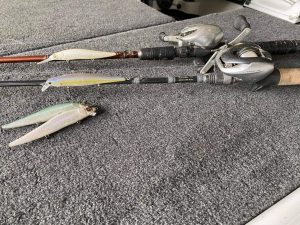 9. Spending his day on a stump flat in 2-5 feet of water, Colby Pearson caught his fish on a Duo Realis M65 8A in brown crayfish and an Evergreen CR-8 in ayu. 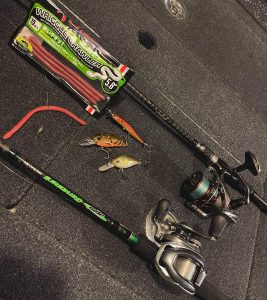 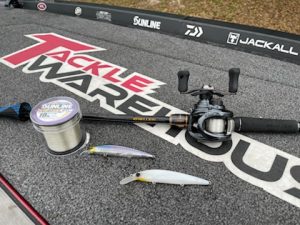